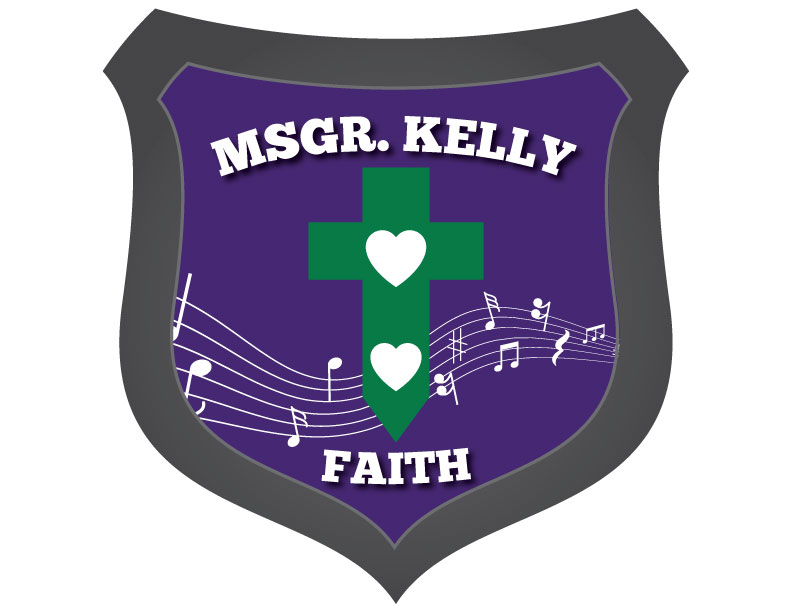 How the Shield Came to Be

In fall of 2021, the inaugural year of the St. Mary's houses, students were asked to design house shields. Those students designs were collected, common themes were identified, and those themes were used by a graphic designer to create a shield for each house.

After growing up in Leadville, Colorado, Fr. Kelly was ordained at St. Thomas Seminary in Denver on April 1, 1932. At the time of the his ordination, Fr. Kelly was considered one of the most dynamic clergy member of his time. He was assigned to St. Mary's immediately after his ordination and served at the school until his death in 1960. He was named superintendent of schools in 1934.

The students of St. Mary’s and the children in the community became the real purpose of Fr. Kelly’s life.  He quickly got to know each student and he took an interest in all students, especially those who were shy and not popular.  Msgr. Kelly was well-known for his musical talent. His love of musicals led him to direct and produce large recitals filled with St. Mary's student performances.

The love and affection for Fr. Kelly was felt early on.  In 1934 the school newspaper wrote, “Father Kelly has taken to heart all of the problems of this school, and like a good shepherd, has made his flock to love him because of his deep interest in their personal problems. In every activity of this school, you will find his influence making of it a success not possible otherwise.  Father Kelly, know that you will not be forgotten by those whom you have befriended.”

Faith informs all we do at St. Mary's. During his time leading St. Mary's High School, Msgr. Kelly led with faith, imparting deep spiritual wisdom through his leadership and teaching. That is why the emphasis for Kelly House is faith. 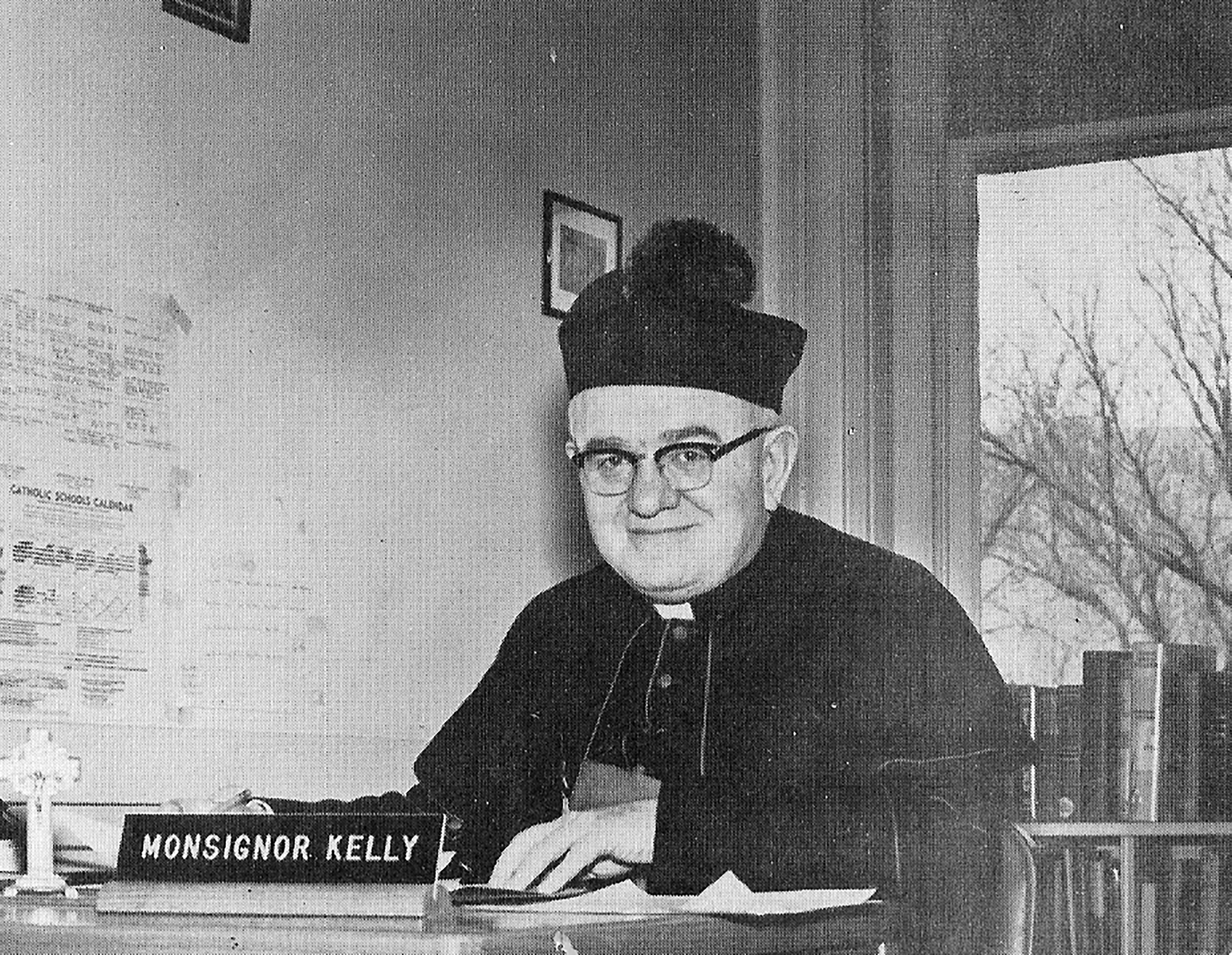